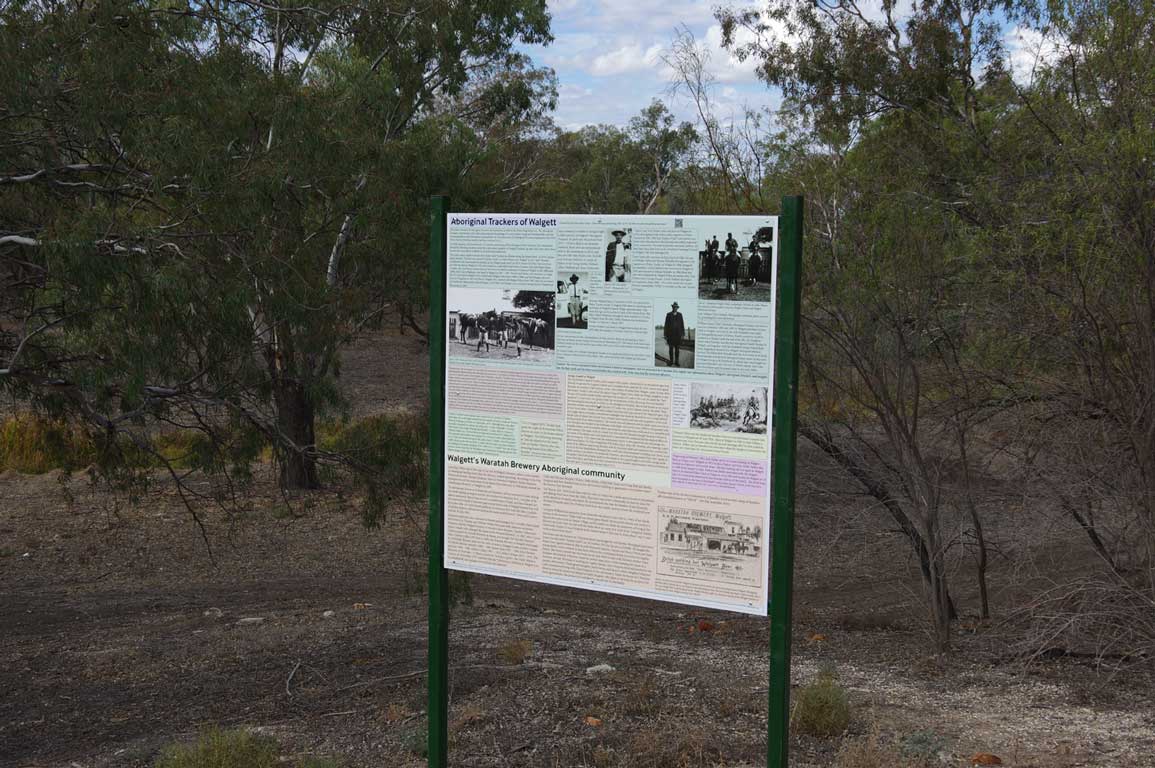 The entrance to the Tracker Walford Walkway is on Warrena St, east from the corner of Namoi St. It was created by the Walford family so that walkers could enjoy the beautiful Namoi River. It is a favourite wedding location and extends for 1.5 kms along the river to the "cattle crossing".

Described in his obituary as “one of the last Aboriginal trackers”, Norman Walford’s career ended at Walgett in 1973 where he had been based for many years. In his role he had worked around NSW after the number of NSW trackers were reduced after 1950. He received a commendation from the Commissioner of Police for finding a man lost on Booka Booka Station, Brewarrina, at Christmas 1957. The search took three days and Tracker Walford came within 200 yards of the body before it was found by a boundary rider. His many other duties at Walgett included looking after the horses, washing cars, mowing lawns and other light duties. Norman Walford died in December 1981, was buried at Walgett and is survived by his wife Gladys and his seven children.

Gladys Walford is a director and co-founder of the Dharriwaa Elders Group and speaks in the video presented below about her husband. An interpretive sign is located at the entrance to the Tracker Walford Walkway which gives more information about the Aboriginal Police Trackers of Walgett, and the Aboriginal families who lived in the nearby Walgett Brewery, now demolished. Other signs are placed along the Walkway offering information about Walgett's unique environmental assetts.