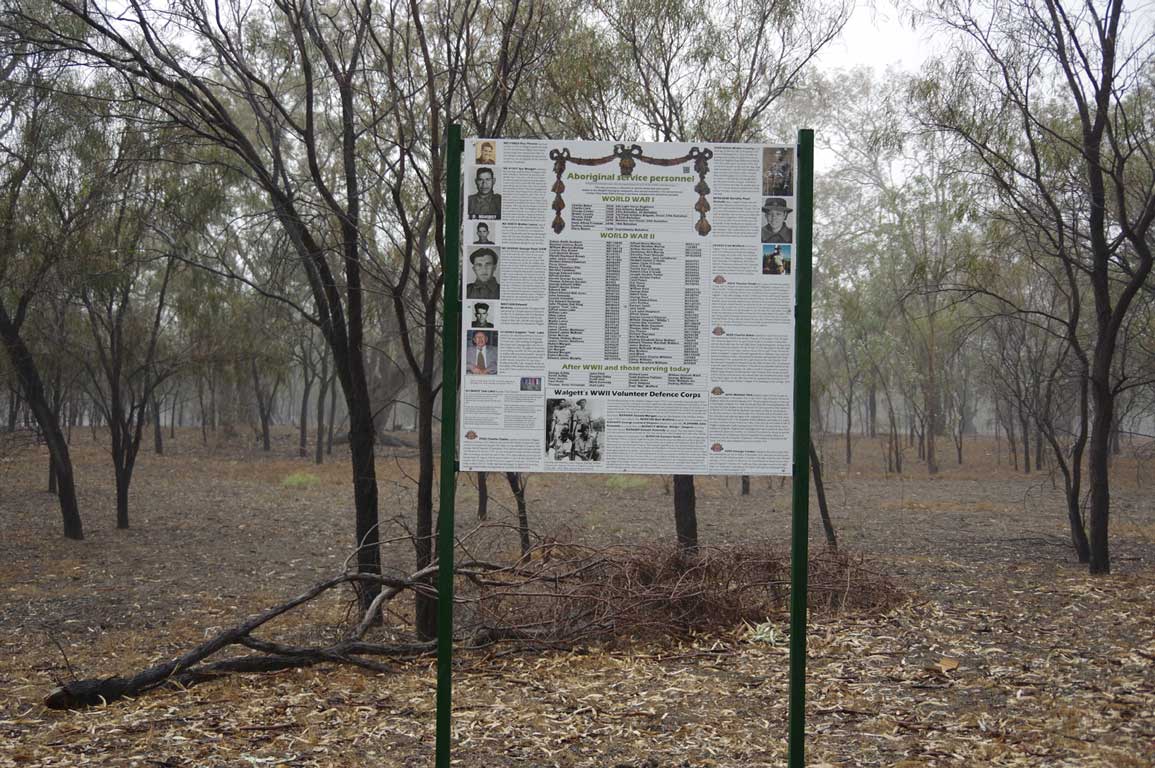 Dharriwaa Elders Group produced this sign about Walgett Aboriginal men and women who have served in Australian defence forces for NAIDOC Week 2014. It presents a list of men and women who served in WWI and WWII and later conflicts, including currently. The research process involved collecting names from Walgett Elders, as well as assisting Elders to undertake the tiring process of scouring publicly available lists of enlistees and identifying their Aboriginality which was not searchable. Photos and stories were obtained from Elders and the National Australian Archives.

The organisation is meeting with the Walgett RSL and community to discuss how the contribution of the Aboriginal community to Australia's defence, will be recognised in other ways in the future.

Walgett Elder Violet Morgan's uncle served in the Middle East in World War II and she gives information about him in the video below.