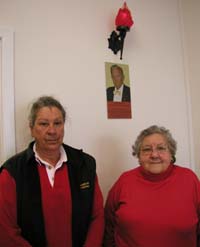 The Dharriwaa Elders Group is battling to keep operating due to ever-reducing Commonwealth funding, and the difficulty of earning income from enterprise in a disadvantaged remote community. We remain hopeful that Commonwealth and NSW governments will recognise the value of this Aboriginal community organisation's contributions to Walgett's future and to the success of government objectives. 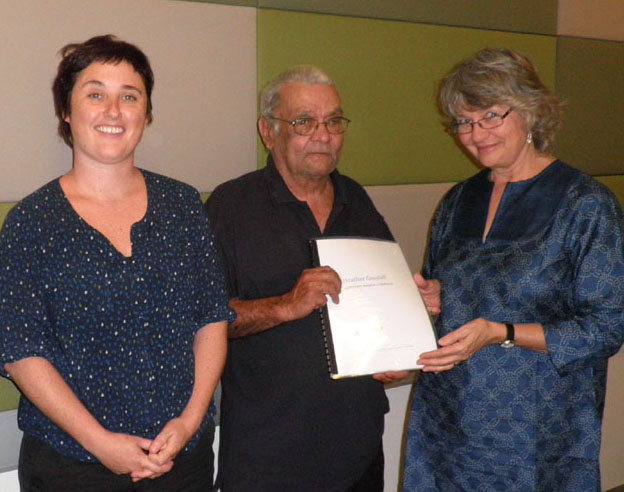 Aboriginal archivist Kirsten Thorpe, first met DEG when she was working with NSW State Records in 2004. Kirsten travelled to Walgett in October 2010 to discuss DEG's relationship with the Aboriginal and Torres Straight Islander Digital Archive. DEG offered its services as a Walgett digital community interface with cultural institutions and researchers. In September 2011 Kirsten Thorpe presented a co-authored paper with DEG about the relationship between ATSIDA and DEG, to the AIATSIS National Indigenous Studies Conference 2011 “Kirsten Thorpe and the Dharriwaa Elders Group: Connecting digital research data and communities: ATSIDA & the Dharriwaa Elders”. In February 2012, DEG’s Speaker Tim Creighton travelled to Sydney to meet historian Heather Goodall at ATSIDA to receive copies of the recordings Ms Goodall had made of Walgett during her research for "Invasion to Embassy". In April 2013 DEG returned copies of the recordings to senior representatives of the families of the recordings subjects, and obtained obstructions from their families for how the recordings may be accessed in the future.