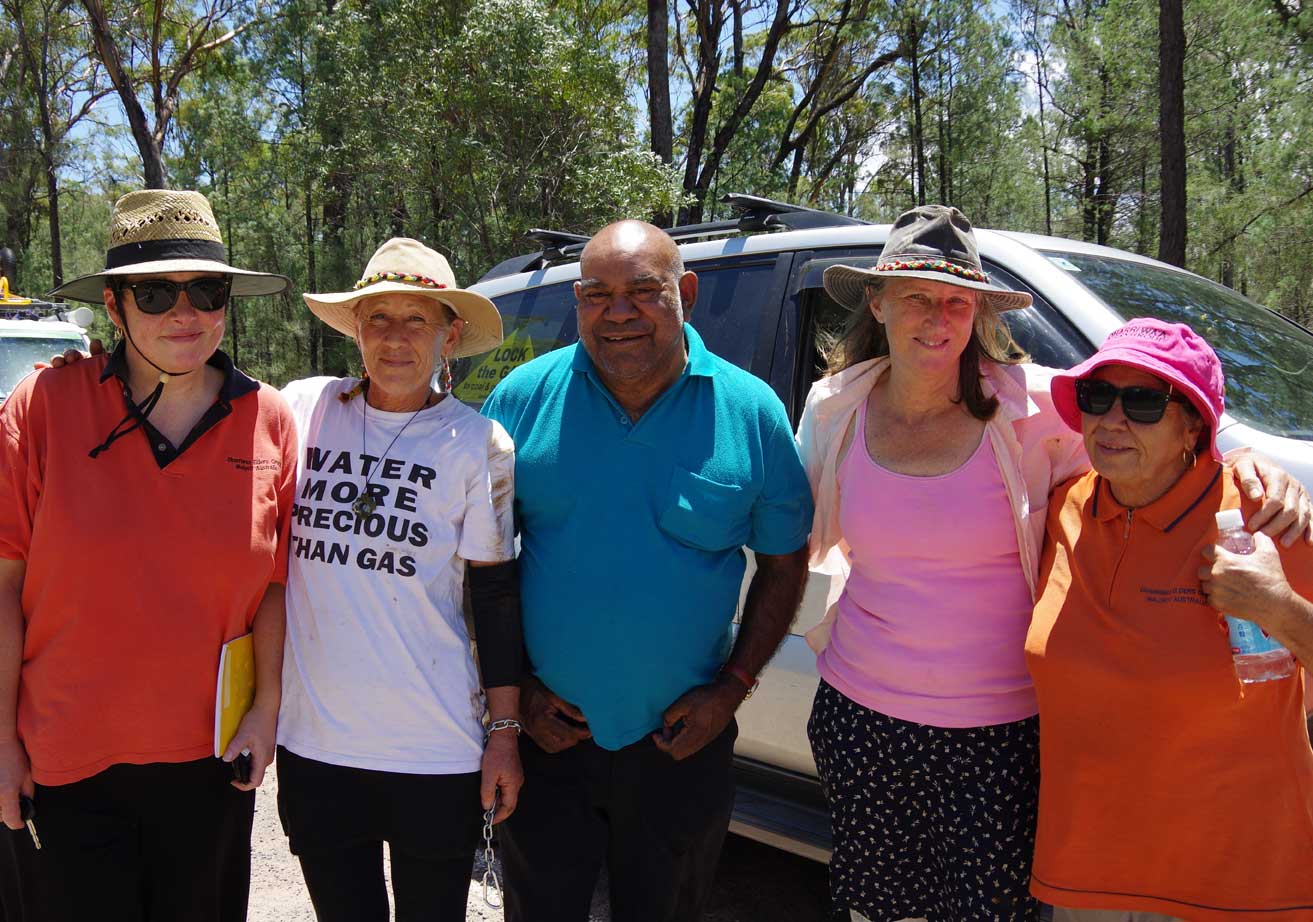 DEG's Chairperson Clem Dodd with staff Wendy Spencer and Kim Sullivan visited protestors at Santos's construction site of a water processing plant for Coal Seam Gas mining waste water, at Leewood near Narrabri, 5 February 2016. Walgett Elders had expressed growing concern after hearing radio reports the day before about women Elders being rough-handled there by police, and wanted to visit the protestors to offer moral support. Once it came to leaving Walgett that morning, the numbers wanting to travel had reduced, but Clem, Wendy and Kim decided to go anyway, investigate the situation and report back to the others.

The DEG crew arrived at around 12.30pm and found a small group of men and women waiting at the entrance gate to Leewood, after police had entered the property two hours previously. Two brave women - Jo Birtus and Jen Philips, had chained themselves inside the property in the early hours of the morning. We couldn't see them as a ring of Santos vehicles circled the women some 500m away from the gate, blocking our view of them. We just hoped they were safe. We unpacked the food we brought and shared it around. After a quick bite and yarn, Santos vehicles and a police paddy wagon left the property travelling towards Narrabri. The women waved their fingers out the air vents in the paddy waggon, as they passed us on the road, to let us know they were inside. We all gave them a cheer so they knew we were supporting them. We then packed up our car, said our goodbyes and headed back to Walgett via Narrabri, where we planned to call in at the police station to check the women were OK - as we assumed they had been arrested. As we drove to the nearby highway, we saw that the women had been released. We parked and introduced ourselves. The women said they had decided to release themselves after giving a short talk and being chained there for around 4 hours in non-violent protest.