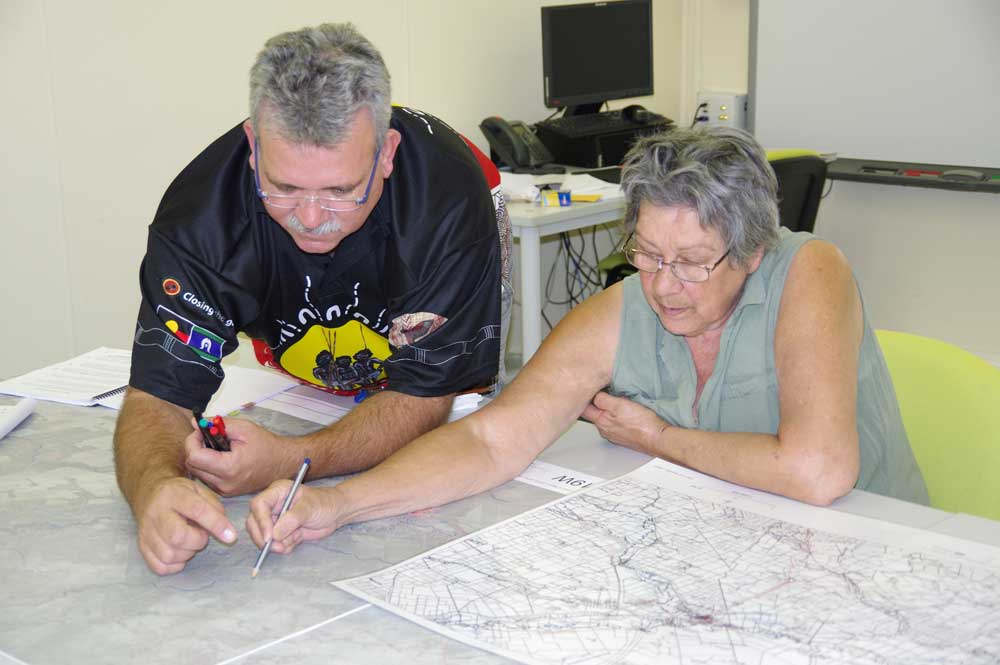 Some may remember the Cultural Use and Occupancy Mapping project Dharriwaa Elders Group (DEG) invited those who use the river regularly, to take part in. It is a project of the Indigenous Unit of the Murray Darling Basin Authority (MDBA), who engaged international expert Terry Tobius: http://www.planlab.ca/about/.

Dharriwaa Elders Group and other local groups could be supported to undertake this exercise full-time and retain local community data. We have been advocating for ways Aboriginal organisations can be supported to do this, for many years.

Meanwhile, the MDBA Indigenous Unit is in a hurry to obtain a snapshot that shows the importance of water to Aboriginal communities in the Northern Murray Darling Basin. DEG was keen to facilitate this so that governments have even more evidence that shows how healthy waterways are vital to our communities, and that our communities' water needs must be considered.

Unfortunately the return of maps to individuals has been delayed. "In the time this project has taken, DEG could have been resourced to employ and train staff to undertake this activity permanently" said DEG Project Manager Wendy Spencer.

DEG received the latest info from the MDBA yesterday (18 December 2017):
"The northern basin Use-and-Occupancy mapping project was a huge project and the maps are almost ready to be handed back. Neil Ward's team will be working with NBAN and the communities involved in this project to organise the handover ceremonies sometime in the first half of 2018".