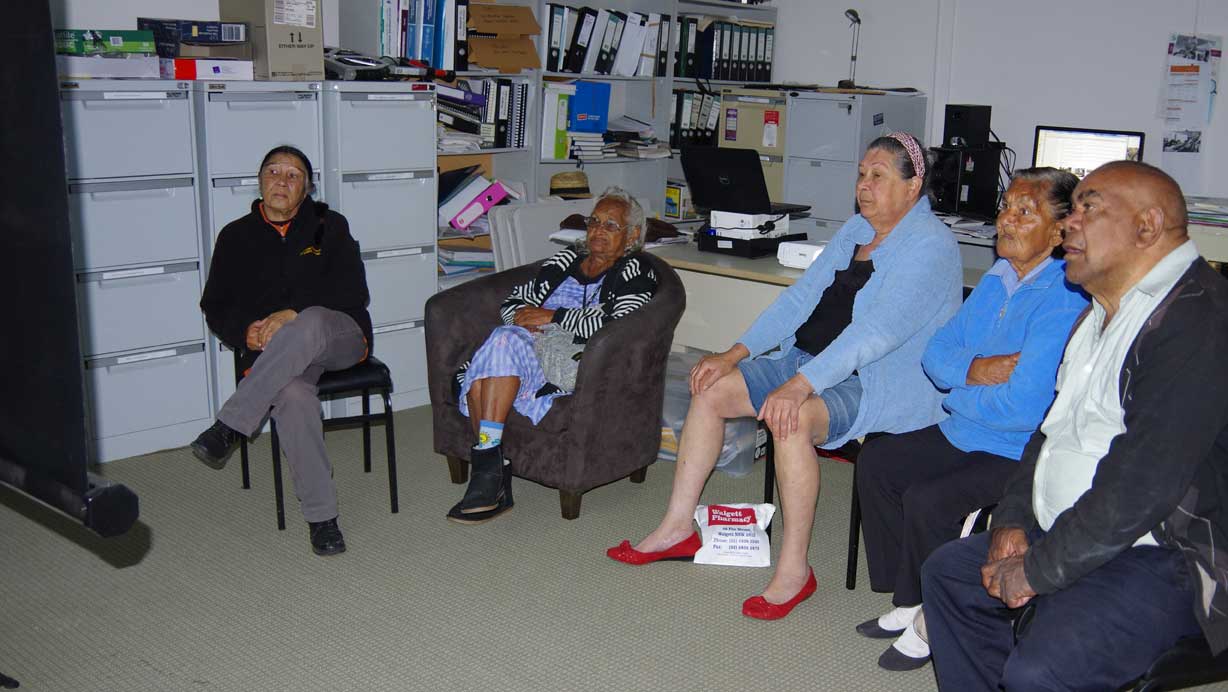 The photos of 2 small aerial surveys undertaken on travelling stock routes and one freehold area, both on oxbow lakes on the Barwon River near Walgett, were orthorecitified and imported as a layer into QGIS. Places and items of high Aboriginal Cultural Value that had been mapped in ground surveys by Elders and staff over 2 days were mapped and superimposed over the photo images. Training was undertaken in the use of QGIS - an open source mapping software, and the importation of layers of data including the photo layers. Fortunately, all the layers lined up after careful matching of navigation datum. Those participating in the pictured workshop discussed the usefulness of aerial photography for Aboriginal Cultural Heritage protection and management activities, and considered future potential aerial mapping projects. We were limited by the power of DEG's computers and graphics capability, making the high resolution images cumbersome to navigate, but patience brought rewards. The Elders decided that a future important project will be to use aerial mapping and ground surveys to prove the high environmental, cultural and socio-economic values of Travelling Stock Routes and other crown lands in the Walgett area that could be in jeopardy as a result of the NSW Government's Crown Lands Review and proposed new legislation. Other areas nominated for future surveys were the pastoral stations around Walgett where Aboriginal Elders and their families lived and worked up until WW2, and unsurveyed properties to be impacted by mining. This small project was undertaken with much in-kind support from ProUAV and the Dharriwaa Elders Group, and the financial support of the NSW Local Land Services National Landcare Program, delivered by the Northern Slopes Landcare Association, which was greatly appreciated.