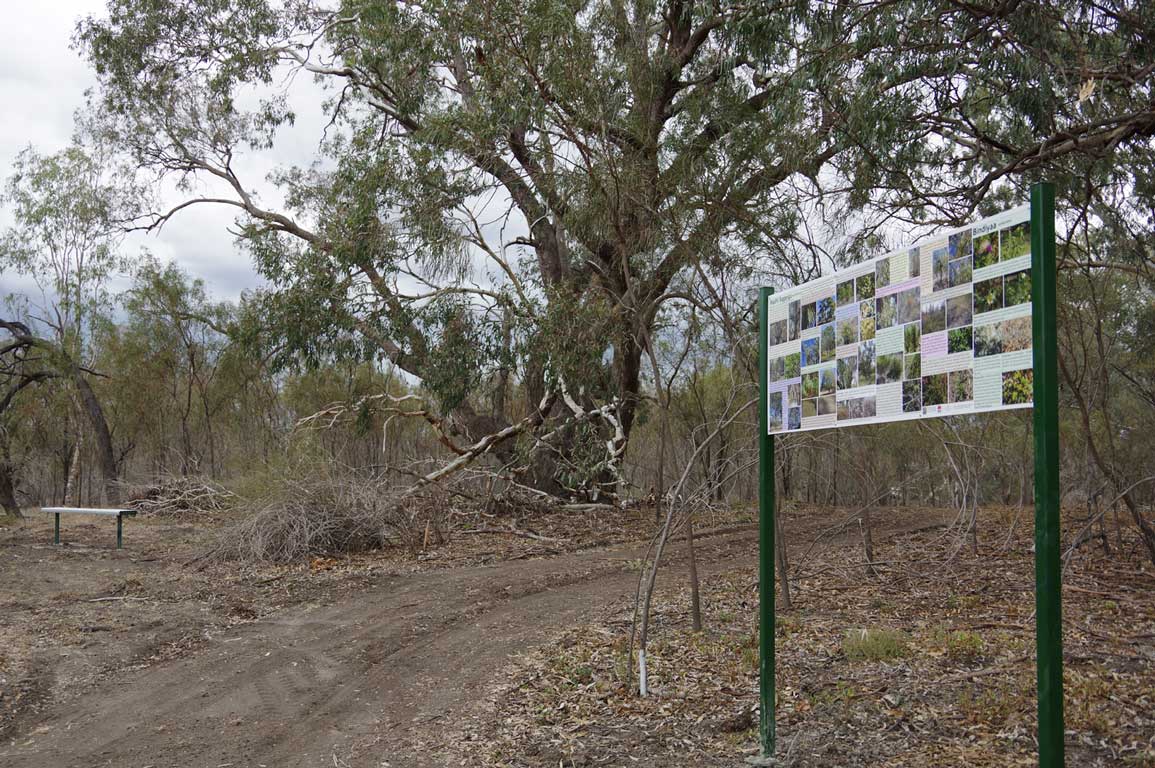 The Dharriwaa Elders Group ("DEG") is very proud of the richly diverse native vegetation of Walgett. There are so many plants and trees of note that two interpretive signs were produced - one showing the main plants in the immediate area of the sign, and the other displaying plants common around Walgett. It was very difficult deciding which plants to include and many more, especially grasses were left out. We decided to include the worst of the noxious plants so visitors become aware of the threat they pose to local biodiversity. The main aim of the signs is to help visitors identify the plants and learn their names. Most of the plants have locally known Yuwaalaraay or Gamilaraay names and they were included when remembered. Many plants have cultural and medicinal uses. Dharriwaa Elders Group hopes that in the near future Walgett Aboriginal community businesses will be able to share their benefits with the wider world.

With the financial assistance of the North West Local Land Service, DEG has placed 20 botanical labels along the Walgett Walking tracks along the Namoi River, to aid identification, and 5 park benches from which to rest and observe the splendours of Walgett's native vegetation.

The Walgett office of the North West Local Land Service, Clem Dodd, Gladys Walford, Virginia Robinson and Jason Murray were the main local informants for this sign, which was put together over a number of work sessions in 2014. Information was also gathered from the Dharriwaa Elders Group's extensive cultural archive, including its series of self-produced magazines 1999 - 2010.