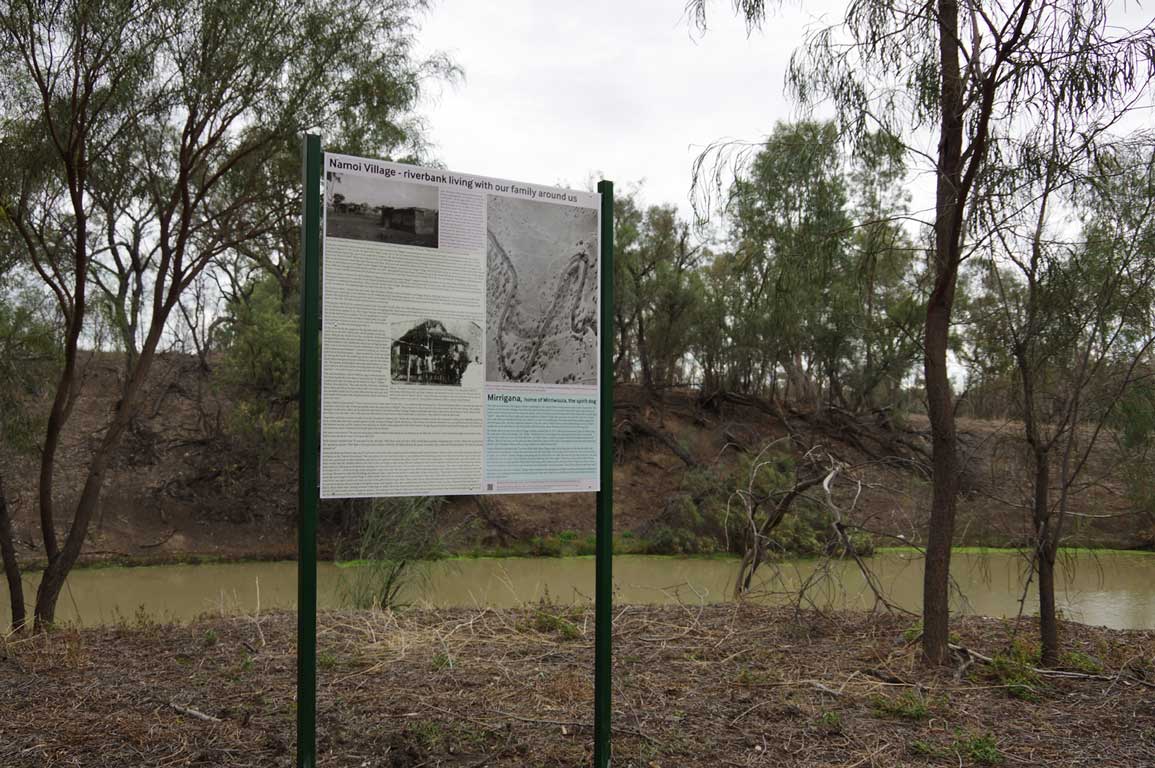 Across the Namoi River from where you are standing is Namoi Village, referred to as "Namoi Riverbank" and "Nicholls Bend" in years gone by. It is one of Walgett's Aboriginal communities that was settled during the 20th Century and increasingly after World War II. Walgett Elder Lewis Beale shares his early memories of living at Namoi Riverbank with his family.

In front of you is Mirrigana, the deep hole in the Namoi River that is the home of Mirriyula, the spirit dog. Lewis Beale shares his knowledge of Mirrigana in the video embedded below.