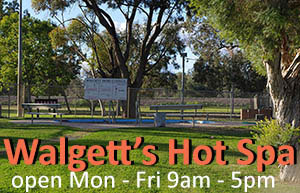 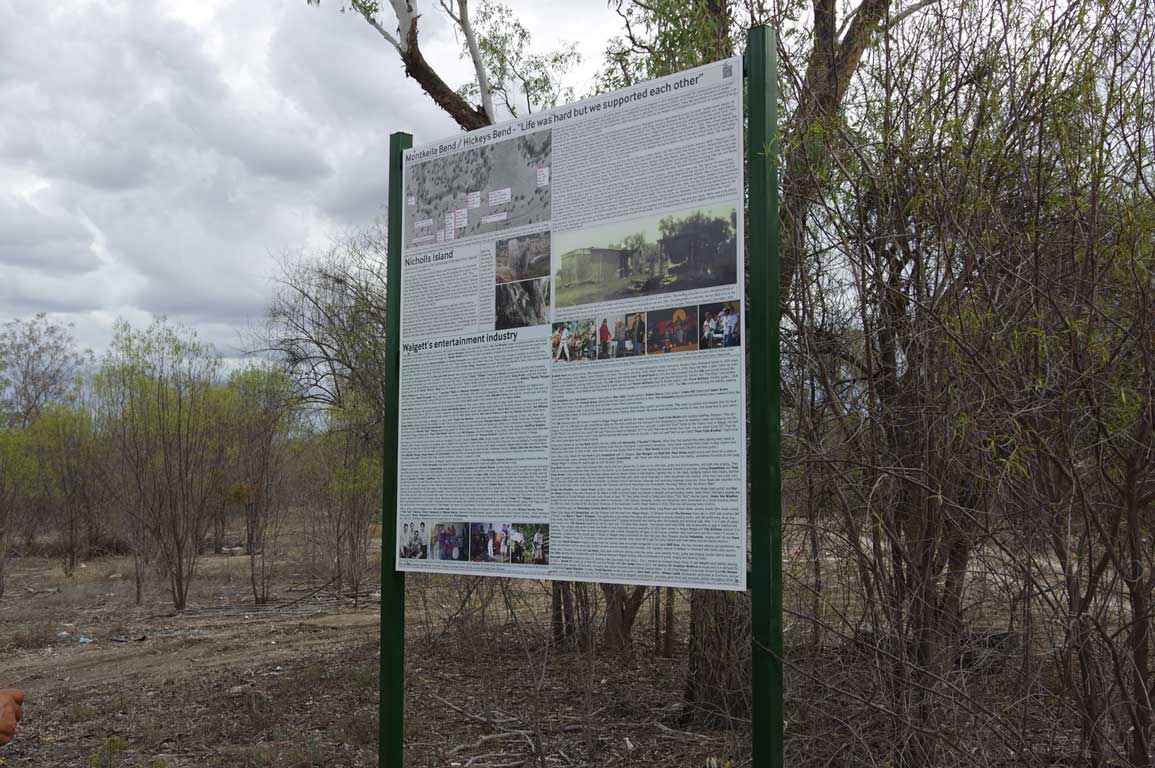 This is where many Aboriginal families lived in tin houses (gundhi) beside the Namoi River until the late 1970s. They moved to live here for many reasons. Some families came here from Angledool Aboriginal Station when it was closed by the Aboriginal Protection Board in 1936. Some came here when they could no longer work and live on pastoral stations, particularly after World War II when the larger properties were made smaller to include soldier settler blocks. Some moved here from Walgett Aboriginal Station, some because they enjoyed the freedom and all because they could not rent or purchase property in town. It is known as Montkeila Bend, the Stock Route and Hickeys Bend. Across the Namoi River is a small island in flood times, known as Nicholls Island, after the first Aboriginal family believed to have lived there.

The demand for Friday night entertainment combined with the improved economics brought by compact PAs and karaoke music provides a ready activity for Walgett’s entertainers, and lucrative income for licenced venues. The music industry is a world away, supplying proven classics for the Walgett entertainers to interpret and perform. Wherever they travel, the Walgett acts have the knack of “party-starting”, helping everyone let loose and dance away the cares of the week in a friendly environment created by masters of country entertainment. Most of Walgett’s performers have never gone professional – all preferring to continue working day jobs, so visitors to Walgett win as there are always local experienced entertainers performing most weekends in the clubs. This sign presents a never-before-told history of Walgett's music scene.

Music legend Bill Simpson grew up with his family living on Montkeila Bend and shares his memories in the video below. In another video below he talks about his life as an entertainer.