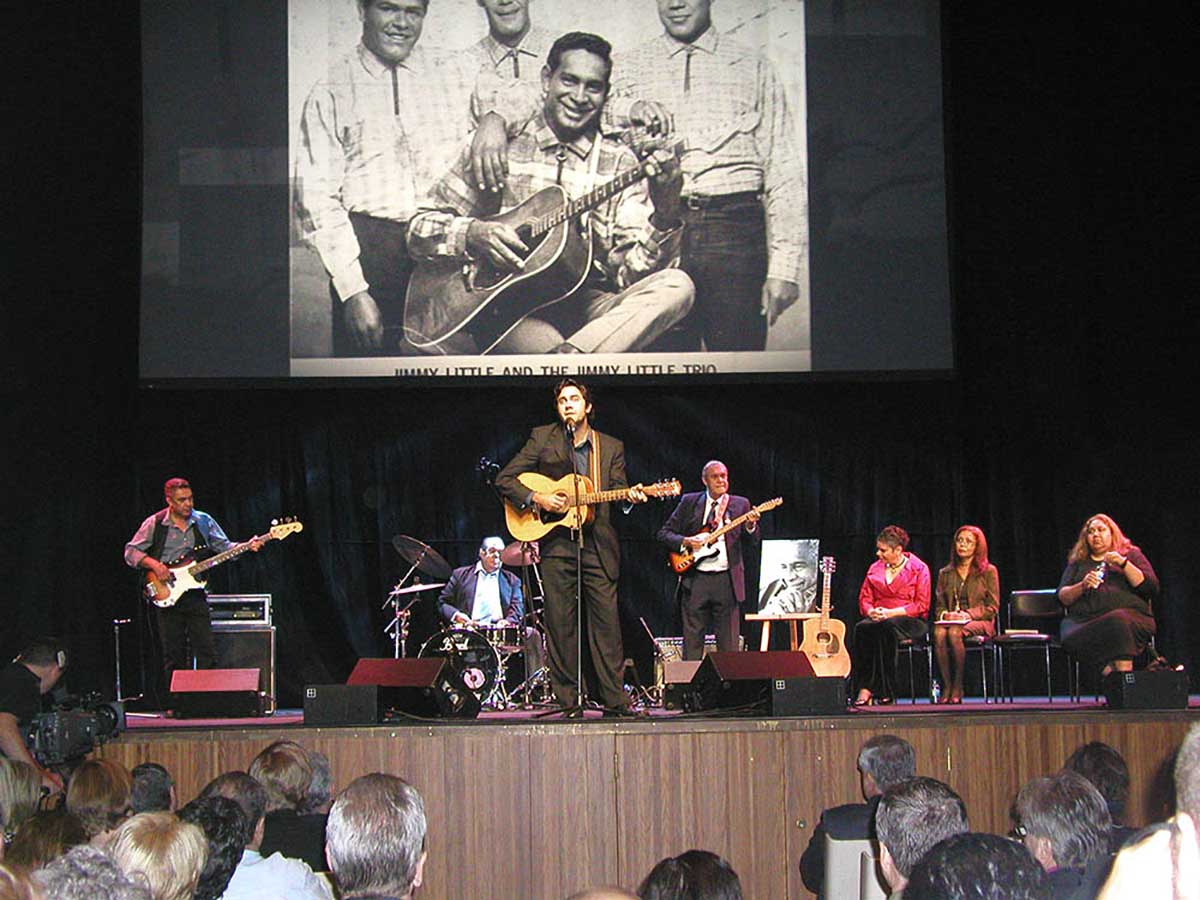 James Oswald Little OAM (known to all as Jimmy Little) was a legend of the Australian music industry with a career spanning six decades, who is listed in the Australian Country Music Hall of Fame Roll of Renown. He was dubbed a “Living National Treasure” and is recognised as an icon for Aboriginal Reconciliation. He was also a beloved Walgett resident during the mid 20th century after marrying Marj Peters who was born and raised in Walgett. We believe that his grave will attract many music lovers, country fans and Reconciliation followers to visit Walgett. His family has erected an impressive monument fitting his status as an Australian icon. Dharriwaa Elders Group members were privileged to attend Jimmy's State Memorial Service at the Sydney Opera House in May 2012 and witnessed the great love and regard the NSW Government, the Australian Music Industry and NSW people have for this humble man. Dharriwaa Elders Group nominated Jimmy Little’s grave (together with his deceased wife Marj) to be included in the local heritage register, in a letter to Walgett Shire Council in October 2013.
contentmap_plugin