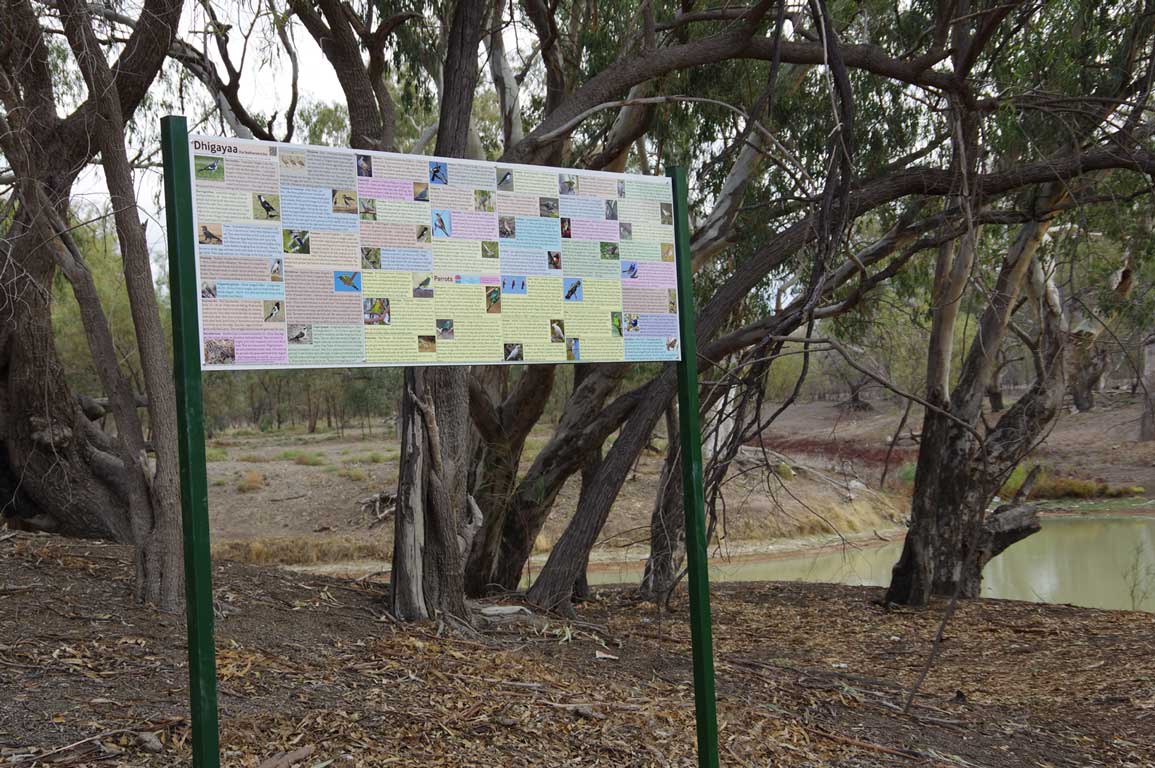 This interpretive sign, located on Walgett's Tracker Walford Walkway, has been been produced about the most common birds found around Walgett (excluding water birds and birds of prey which have other signs devoted to them). Dharriwaa Elders Group ("DEG") is grateful to Ian Montgomery of birdway.com.au for supplying wonderful photos of the birds that frequent Walgett. Clem Dodd, Gladys Walford, Virginia Robinson and Jason Murray were the main local informants for this sign, which was put together over a number of work sessions in 2014. Information was also gathered from the Dharriwaa Elders Group's extensive cultural archive, including its series of self-produced magazines 1999 - 2010.

Virginia Robinson speaks about why the birds signs were made for visitors to Walgett: