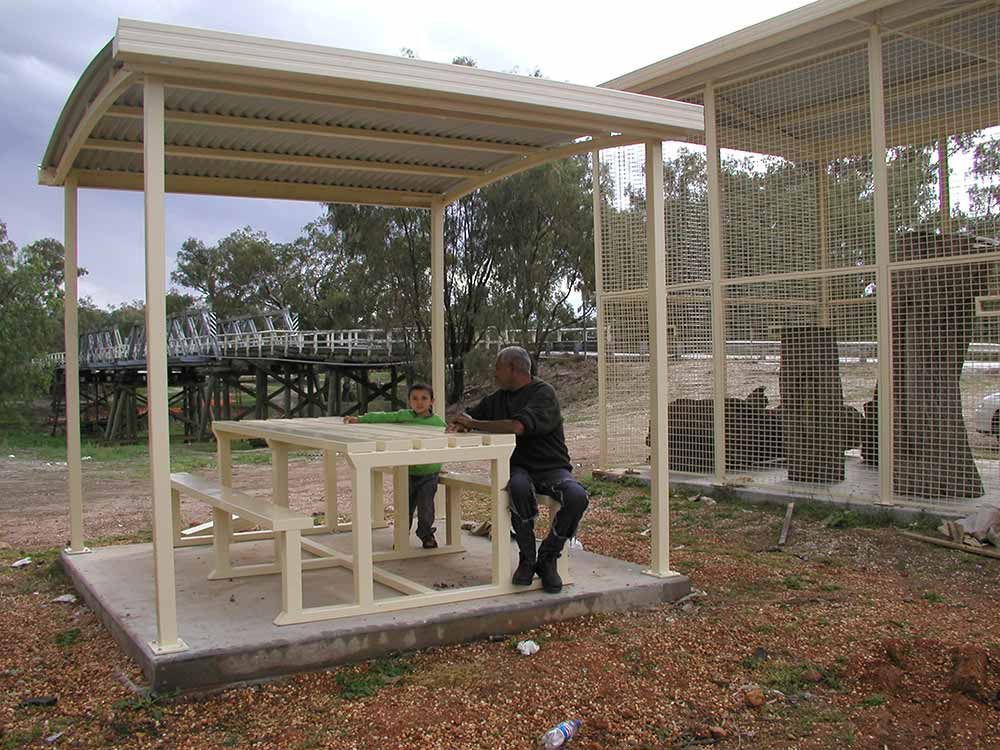 This is an enclosure that was made by the NSW Roads and Traffic Authority in 2003 to house scarred trees that had been felled during the building of the new concrete bridge over the Barwon River 5km north west of Walgett. The Walgett Local Aboriginal Land Council ("WLALC") and the Dharriwaa Elders Group ("DEG") requested that the trees be saved (if they could not be kept alive in situ), and the DEG designed the interpretive plaque. The location is known as Giin.gii Giin.gii - named after the froth on the water created by frog eggs.

Walgett Shire Council and the NSW RTA determined the new bridge was named the Dangar Bridge, contrary to the formal requests of the Dharriwaa Elders Group.

The "Barwon Inn" was an historic waystation located here from the mid 1800s. Wool and other supplies were loaded onto the paddle steamers that were the main form of transport in and out of Walgett. The large Ngayiimbaa camp referred to as Red Hill and/or Gunimaa (motherland) was located on the opposite side of the river.